Where to start? The Monster Hash was epic. Slip and Swallow did a bang up job leading us in the Today is Monday song! It seems that every time the kennel sees a playground it’s time for a picture. The looks we received from the residents of the little neighborhood that we ran through were priceless. The Impromptu Human Ziggurat was a great laugh as the goal was a pyramid. Too many of us wanted to be on the bottom I guess. If you were lucky enough to see the picture of that formation, did you notice the dog in the tree? Later that evening, Me and Slip and Swallow were skipping down Walton street singing the If Your Girlfriend Smells song at the top of our lungs.

Names were bestowed, amidst much discussion and disarray, upon Floppy Dicks and Testicular Engineer, both of whom are far too intellectual to be hashers. Floppy proceeded to celebrate by getting inebriated and leaving long underwear in the back of his ride home. 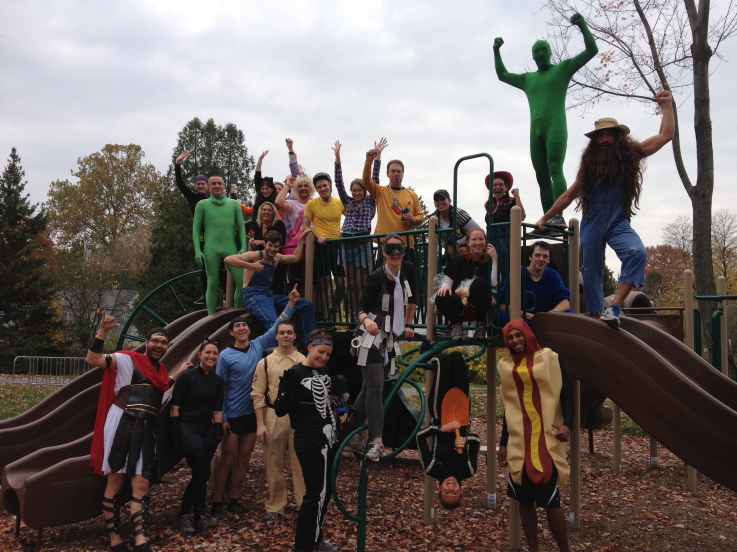