One of the best moments in this hash happened right at the beginning when Turtle Dick stopped a single runner, handed her a beer, and told her to run with us. She did! She was meant to be a hasher.

Turtle Dick and Doggie Down Down took us for a great tour of Downtown Syracuse, starting at the base of the creek walk and ending in Turtle Dick’s basement: Holmes pub. Along the way we stopped into the Tech Garden for some beers and songs, discovered a top-secret entrance into the AXA Tower parking garage, and took some beautiful pictures sitting atop what can only be described as a giant vagina statue. The kind folks at Holmes pub graciously allowed Vomit Comet into the bar, where she proceeded to eat at least half of the popcorn that the drunken hashers spilled onto the floor. 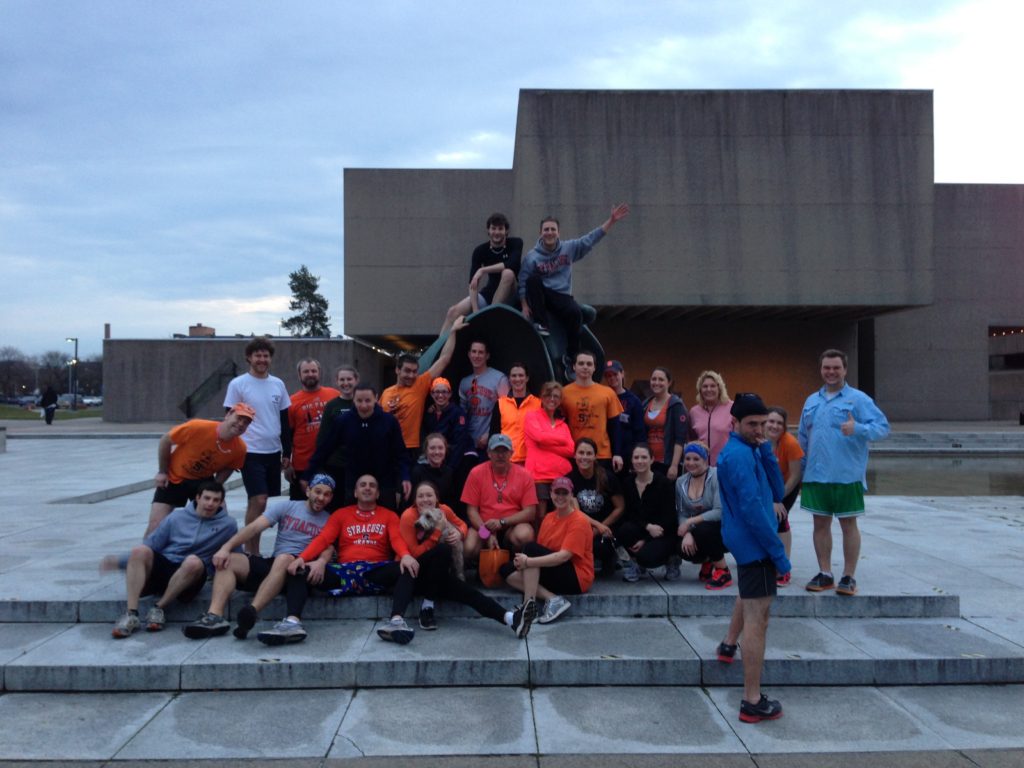